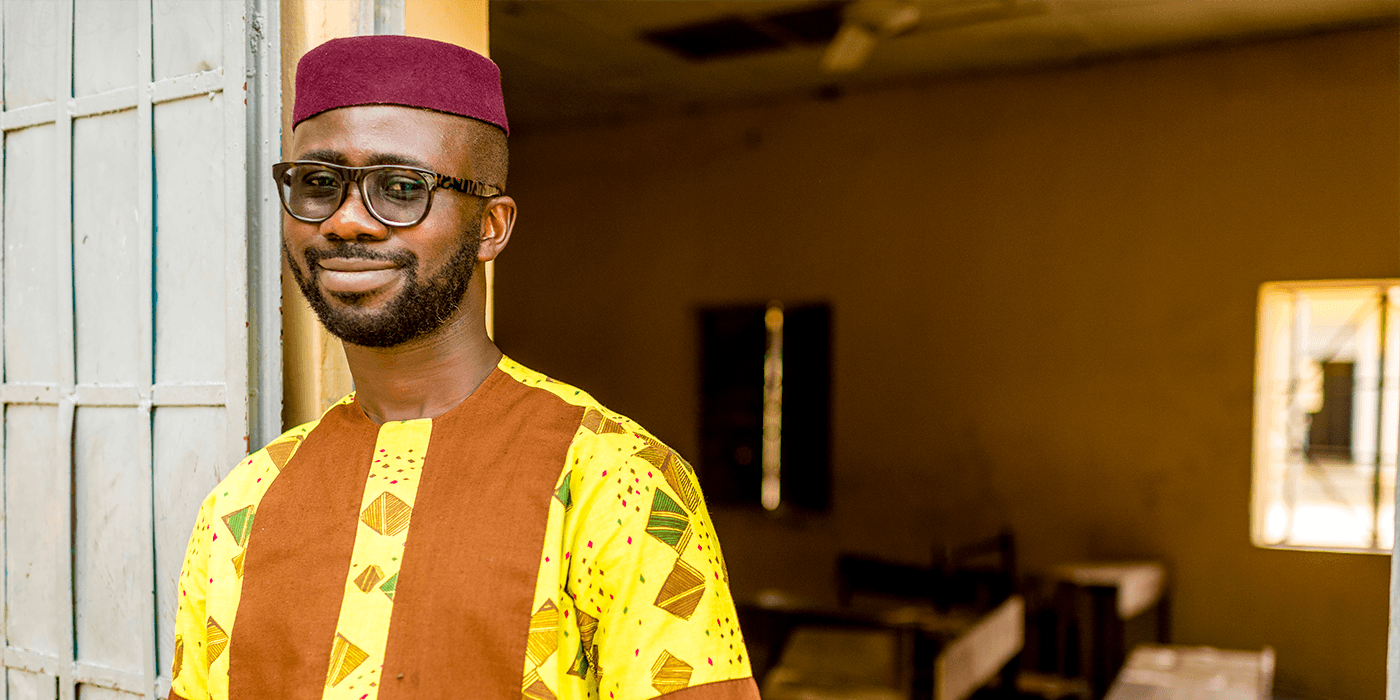 Rotimi Olawale is an Education Champion and co-founder of YouthhubAfrica, an online platform to engage young people in social change. The Education Champion Network supports the work of 10 education activists in developing countries to speed up progress towards girls’ secondary education around the world. Rotimi has more than 10 years experience in youth advocacy and development work. Through the network, Rotimi advocates in five states in Nigeria for the passage of the Child Rights Act, which guarantees children the right to education through junior secondary school. In support of this goal, YouthhubAfrica will train journalists to report on the issue and develop state-level advocacy campaigns using social media and other tools.

Listen to our interview with Rotimi to learn more about his background and work.

ROTIMI OLWALE: Same family, two kids. They can afford to send the kids but they would rather send the boy and leave the girl at home. I was like, “Can you put the girl on the phone let me speak to her. Is it that she is not interested?” But many times they don’t even want to ask the girl whether she is interested. They will ask the boy [if he] is interested. He says, “Yeah,” They say, “My daughter won’t want to go into technology, maybe if it’s fashion or something, maybe she will go. We don’t want to decide for your girls what they want to do, allow them to choose. I then began to express that this is something that is a challenge and bias in our community and country [that] we need to correct.

MALALA FUND: Rotimi Olawale is the co-founder of YouthhubAfrica, a Nigerian NGO. For a decade, his organisation has helped to shape local, national and global policies for young people as well as create an online platform to engage young people in social change. As one of Malala Fund’s ten Education Champion Network champions, he will advocate for the passage of the Child Rights Act in Nigeria, which will help ensure access to education through at least grade 9 and allow more girls go to school. Of the 36 states in Nigeria, only 24 have passed the bill.

Crystal Ikanih-Musa represents Malala Fund in Nigeria, working with Rotimi and YouthHhubAfrica to facilitate their work as part of the Education Champion Network.

CRYSTAL IKANIH-MUSA: The Child Rights Act is basically protections for children, and it makes, it actually gives a year for when children can get married, which is 18 years-old. That’s the part that’s really important to us at Malala Fund. The education aspect as well, where, because it helps to delay early marriage ultimately.

MALALA FUND: YouthhubAfrica will focus on certain states (Sokoto State, Kebbi State, Kaduna State and Oyo State), where the Child Rights Act has not been ratified.

CRYSTAL IKANIH-MUSA: They’re going to be focusing on those states, specifically creating, using media to push awareness and advocacy so that the law can potentially be passed. So, first, they looked at what’s actually going on on-ground in each state so they can actually do that, and make sure that they use different media sources, like print media, radio broadcast, TV broadcast, social media, blogs, things like that. So, that’s the cool part of their project.

MALALA FUND: Through his experience working on #BringBackOurGirls, a global campaign that put pressure on the Nigerian government to ensure the safe return of 275 Chibok schoolgirls who were kidnapped by Boko Haram, Rotimi learned how to harness the power of young voices and amplify them through both social and traditional media to create policy change. In addition to advocating for the passage of the Child Rights Act, he hopes to create more opportunities for women and girls so they can learn to advocate for themselves.

ROTIMI OLWALE: One of the things that I have learned is that…there are very few women who have even the opportunity, especially when they became married, especially in northern Nigeria. They need the permission of the husband or spouse to go for a program, so even if they are interested and their husband says no — that is it. They cannot attend, so understanding these cultural barriers is difficult to negotiate and find women to take advantage of these opportunities. But what my experience has taught me over the years is, whereas there are more men who are educated and so if you publish an opportunity you will find them easily. But you have to do more work to ensure that you find more women and we are willing to do the work and we are happy each time we are rewarded in such a case.

MALALA FUND: One of those is Bridgette, who was looking to volunteer somewhere when a friend connected her with Rotimi and YouthhubAfrica.

ROTIMI OLWALE: We interviewed her and then she said, “But can you speak to my father. My father would like to speak to you before I work here.” I was like, “How old are you? You are 20 and your father is?” I spoke to him he wasn’t convinced. Then he says to me, “Okay, but first I am bringing her to your office. I would like to see you.” I said, “Okay you want to see me,” so the father drove her to the office. We met we discussed he came and looked inside the office and checked around and then allowed her to volunteer.

MALALA FUND: That was about four years ago. Bridgette finished college and is now back working with YouthhubAfrica. Learning how to organise programmes and mobilise other young women she has grown in her confidence. Rotimi told us that Bridgette was accepted into a Masters of Public Health program at a university in the United States. He’s proud of her progress and hopes to see more girls like Bridgette gain experience at YouthhubAfrica and take control of their futures.

To learn more about the Education Champion Network as well as other champions supported by Malala Fund, go to malala.org/gulmakai-network.