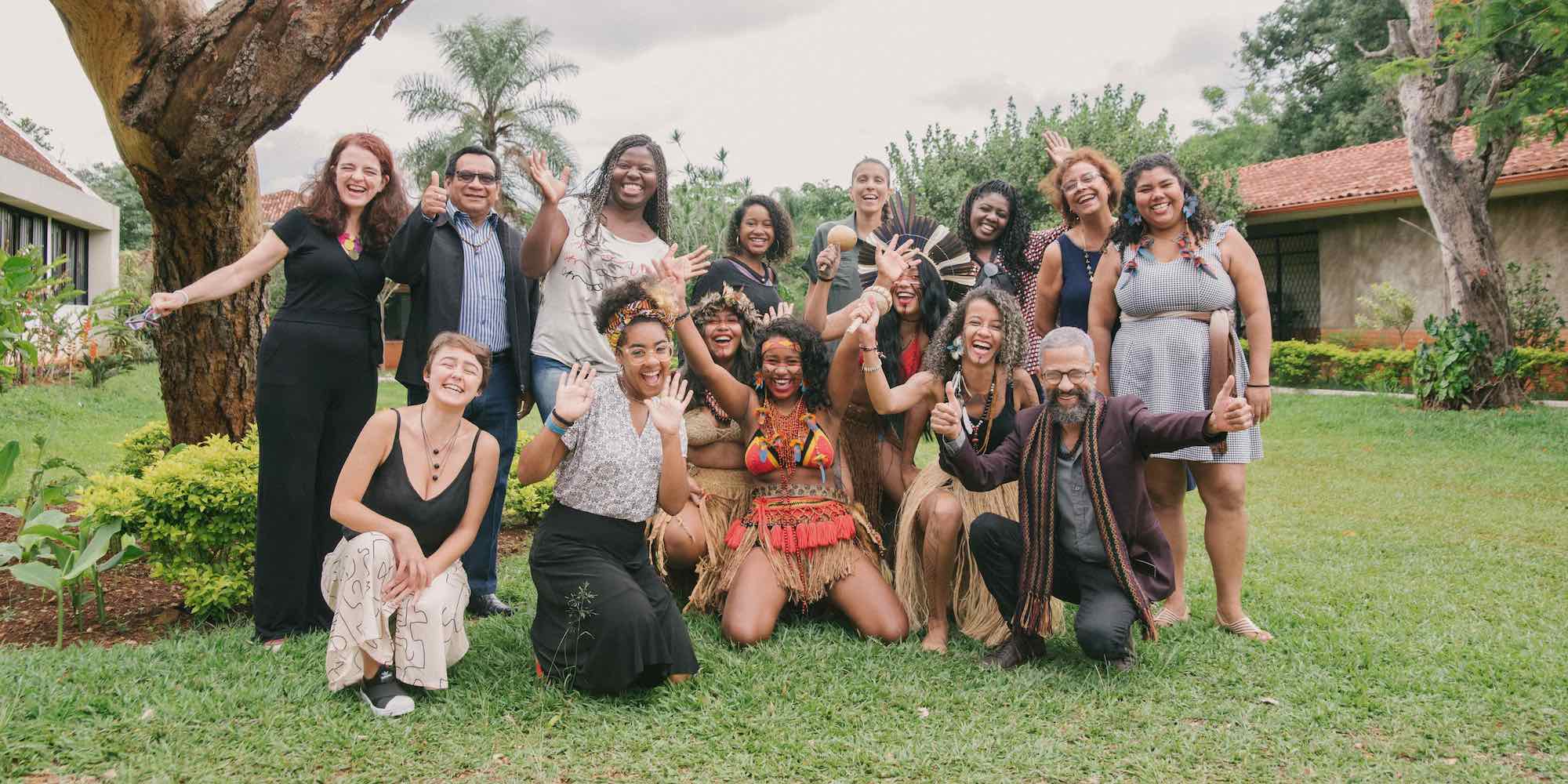 At 150 billion reais, FUNDEB represents 40% of Brazil’s public education budget. It is the government financing mechanism that makes sure marginalised schools get the resources they need to support their students. If FUNDEB had failed to pass in Congress, it would have expired at the end of December — setting back progress for education and equality.

“The feeling is joy and a lot of hope,” says Denise, who helped lead the FUNDEB national advocacy campaign for the Brazilian chapter of the Education Champion Network. For years, she and her fellow Champions have fought alongside girl activists for the continuation of FUNDEB. They marched, sent letters to Congress, wrote reports and organised public hearings.

“It was worth so much effort because this moment is really historic for Brazilian education,” says Paula. Paula studies gender discrimination in schools and uses data to improve local learning conditions for girls. Though new to the network, she has added her voice  to the chapter’s collective advocacy around FUNDEB.

In Brazil, there are more than one million girls out of school. Black and Indigenous girls are among the least likely to learn due to poverty, racism and exploitation. Malala Fund Education Champions work to close these education gaps. Their approaches vary based on their skills and what works best in their communities.

With his grant from Malala Fund, Rogério works to create guidelines for quality education in quilombola communities. Ana Paula trains Indigenous girls to advocate for their right to learn. And Benilda uses the data she captures on girls’ dropout rates to push for policies like FUNDEB that help girls stay in school.

“We fight for education that respects diversity, breaks the epistemicide and guarantees access, retention and success of girls,” says Benilda. “For many [girls they work with], staying in school means the right to life, dignity and above all, the possibility of fulfilling dreams.”

Local education leaders are in agreement that FUNDEB is vital to ensuring more girls can learn. “It represents a greater investment in Brazilian education, it says for example how much Brazil should invest per student per year. It recognizes the importance of investing in education professionals,” explains Paula. “It is also a mechanism to face educational discrimination so prevalent in our country.”

The drafted amendment text includes a commitment to increase federal funding to education from 10% to 23% over the next six years. This will help reduce the burden on states and local municipalities, which currently cover 90% of FUNDEB.

The increased federal funds will help reduce overcrowding in schools, pay for trained teachers and updated textbooks and create more opportunities for students to access technology. The amendment includes a new “Cost Student Quality” indicator, which measures how much it costs per student to meet the nation’s minimum quality education standards.

As part of her work to end gender and racial inequality in schools, Denise helped author the indicator proposal. She says that having it in the constitution “strengthens the bases of political and legal enforceability of the fight for financing [and] the right to quality education.”

But Malala Fund’s Education Champions recognise there is still a lot of work ahead to ensure all girls in Brazil have equal access to a safe, quality education.

Through the end of the year, the Brazilian chapter of the network will focus on helping shape how the government regulates the amendment. They will advocate for the final amendment text to include details on FUNDEB’s new implementation and delivery process. These details will help them hold the government accountable.

“We believe that there will be a fierce dispute,” said Denise. “But we have good proposals and the political strength of those who obtained victories in Congress, resulting from the mobilization of educators.”

The chapter’s four proposals will offer legislators text suggestions for the final amendment. The main focus areas include intra-municipal mechanisms for tackling inequalities, the affirmative action policy and strengthening Indigenous and quilombola schools.

Growing up in Bomba do Hemetério, Paula faced challenges to her education, including economic difficulties, racism and low-quality education. “I know what it is like not to have a quality public school,” she says. Now as an activist and Malala Fund Champion, she’s proud to help shape the future of education in Brazil.  “The new FUNDEB brings a perspective of a school that is inclusive and accommodates students' diversity… it is a very fair and well-needed achievement.”