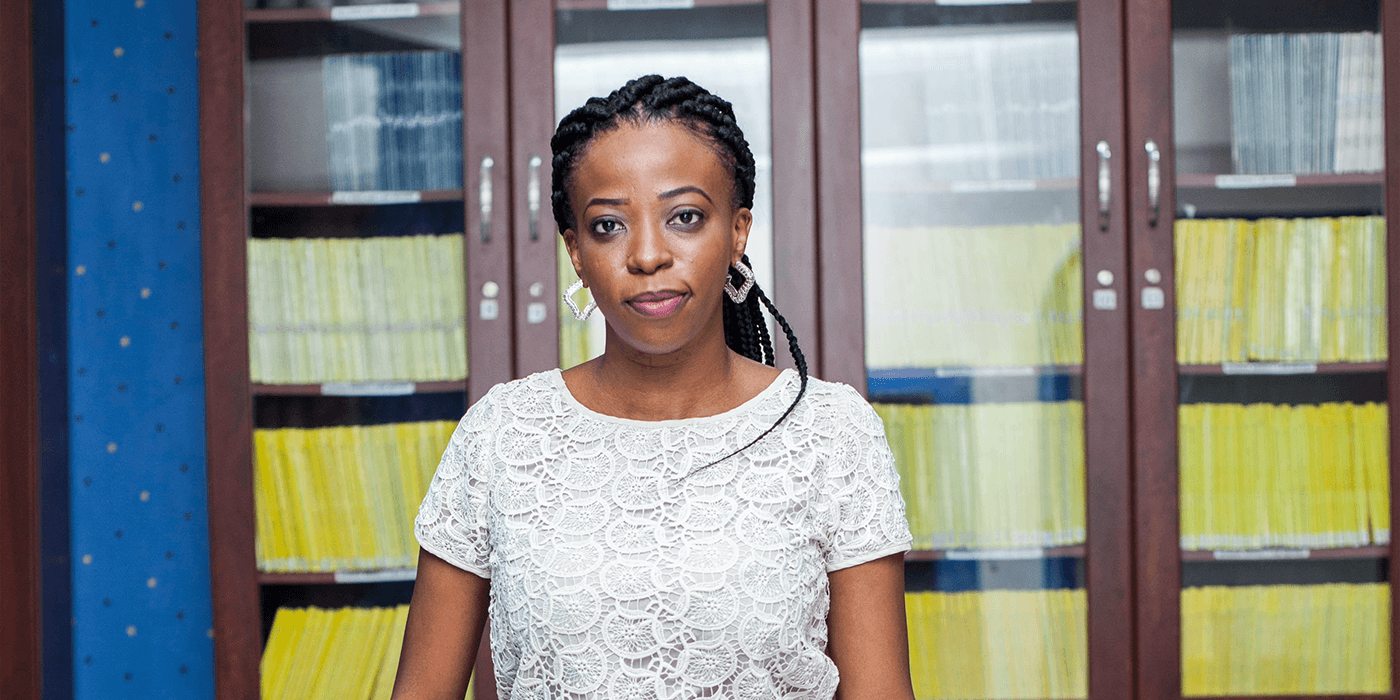 Pamela Okoroigwe was 14 years old when she decided to become an advocate for others. Her father had just passed away and instead of receiving support from her eastern Nigerian community, Pamela had to watch as they subjected her mother to inhumane widowhood practices.

In various southeastern states in Nigeria, when a woman’s husband dies, she may be accused of having a hand in her husband's death unless she proves her innocence through participating in a series of customs. These practices can include locking a woman in a room for three days and scraping her head bald.

“I wanted to be the one to speak out for people who could not speak out for themselves because I saw no one speak for my mom,” explained Pamela.

To help women like her mother  to fight against discriminatory practices and gender-based violence, Pamela pursued a career in law. Today, she works as a Senior Legal/Program Manager at the Legal Defence and Assistance Project (LEDAP), where she advocates for women’s rights and conducts pro bono work for domestic violence survivors. As a Malala Fund Education Champion, Pamela works to break down the barriers preventing girls in Nigeria from going to school.

Nigeria is Africa’s wealthiest nation — and the one with the most girls out-of-school. In 2014, Nigeria's National Assembly enacted the Universal Basic Education (UBE) Act, which guarantees free, compulsory education through lower secondary school. However, most states do not implement the UBE Act because they either don’t have the capacity to use money in accordance with the guidelines or haven’t spent enough of the state budget on education to access support from federal funds. In states utilising federal funding from the UBE Act, many girls remain out of school as a result of hidden fees their families cannot afford.

With her Malala Fund grant, Pamela works with LEDAP to enforce the UBE Act in Adamawa, Bauchi, Kaduna and Kano States. She oversees the production of implementation guidelines for state officials, monitors girls’ enrolment progress in each state and runs campaigns to raise awareness about the act. Pamela teaches local paralegals about the UBE Act so they can educate girls and parents about their right to free education. The paralegals also refer out-of-school girls back to Pamela’s organisation to help them get re-enrolled. In October 2019, Pamela and her organisation led a training for 50 education officials from local governments across Kaduna State on how to implement the UBE Act and ensure more girls attend school.

Pamela also works with Nigerian advocates across Malala Fund’s Education Champions Network to advocate for the expansion of the UBE Act through upper secondary school. In another joint advocacy project, Pamela works with her fellow Champions to conduct research on hidden fees in Borno and Kaduna States to help increase public knowledge about the additional costs and influence the government to spend more on education. Pamela is optimistic about the momentum they’re building together.

“My mom’s story growing up made me want to do this. Every day I see young women who need help,” shares Pamela about staying motivated when progress is slow. “It makes me happy to put a smile on another woman's face. I’m really happy that my work is centred around women.”